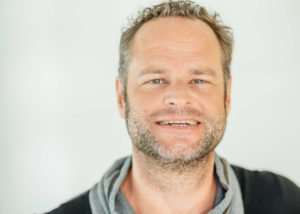 Born in 1973, Arndt Weitendorff successfully completed a study of physiotherapy at the Lubinus school in Kiel, where his anatomy teacher was Prof. Dr. Dr. Michael Schünke (author of Prometheus). In 2004 he started his own practice for remedial gymnastics. From 2002 to 2007 he studied osteopathy at the Academy in Damp under Dr. med. Hinlelthein, and after completion of his osteopathic training he became a lecturer at the same school. He also participated in the training of midwives in Celle. Since 2009 he has been a founder member and lecturer at the Academy for Osteopathy and Natural Medicine (AON) in Kiel, which he still runs together with Dr. med. Hinkelthein. During this time he completed a two-year Master of Science study at the Vienna School (WSO) and graduated with an M.Sc. degree at the University of Krems (Austria). At the Academy for Osteopathy (AfO) he wrote a scientific thesis on knee pain and osteopathy, the results of which he presented at the Osteopathic Congress of the VOD e.V. in 2018.

Since 2007 he has been living in Arta and working in his own osteopathic practice in Arta in Mallorca.

Do you have any questions?

Which problems can I help you with?

How quickly can I get an appointment?

I will always try to make short-term appointments. For pain patients, same-day appointments are possible. Please use the contact form below or send me a WhatsApp to +34-650-447844

Is the treatment paid for by the health insurance?

As a privately insured patient you will be invoiced according to the German homeopathic practitioner rates.

What is osteopathic treatment?

Osteopathic treatment is intended to find the cause of a pain or illness, and the osteopath follows a chain of cause-and-effect. This means that the cause of the pain can originate in a completely different part of the body from where it is felt. He examines the muscles, ligaments, joints & spine areas, cranio-spinal cord and marrow, (craniosacral therapy) and the visceral system (internal organs). This holistic approach is important for a causal treatment.

In principle, osteopathy and its concept is aimed at all people of all ages, so I also treat babies, children and pregnant women.

My aim is to find the cause of the symptom, to treat it and thus to stimulate self-regulation and self-healing.

So-called ‘osteopathy’ was developed by the American physician Dr. A.T. Still (1828 – 1917) as a diagnostic and therapy concept. In patients he examined (Greek: ‘pathos’ = illness, suffering) he constantly found restrictions of movement in the skeletal system (Greek: ‘osteos’ = bones, skeleton, locomotor system) and so he called his treatment ‘osteopathy’.

Osteopathy is a medical system which uses manual techniques to diagnose the causes of illnesses, while simultaneously taking into account the patient as a whole. Its aim is to restore the integrity and order of the entire organism and its self-healing capabilities, and in the process detect and correct the malfunction of joints and tissue mobility in the body.

From an osteopahic point of view, good health is achieved when the different structures of the body are in optimal condition and work harmoniously together on all levels and are, therefore, in a state of homeostasis – the self-regulation of an organism.

Any cookies that may not be particularly necessary for the website to function and is used specifically to collect user personal data via analytics, ads, other embedded contents are termed as non-necessary cookies. It is mandatory to procure user consent prior to running these cookies on your website.